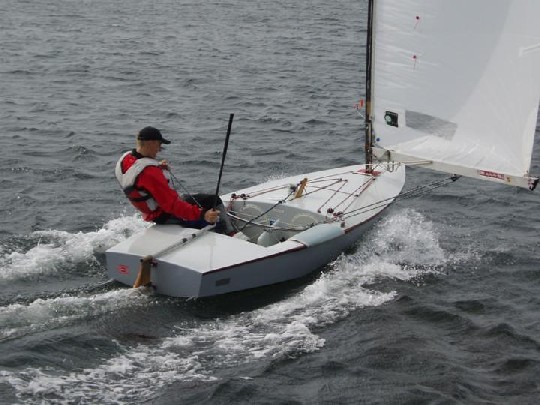 It might be reasonable and presented to the next AGM or SGM to change our voting to all events included in the OK world ranking list. We didn't had this list last year. That would exclude the national championsships and me personaly would prefer that.

what else?
==========
as the proposal says your *obligation* is: you or your sailmaker shall ask the TC (ie. me) for approval to made a sail. and it not ends here.
you shall also provide information to the TC, such as the (eventually estimated) price of the sail, materials used, digital pictures from the sail and last but not least, you shall share your experience with that sail - how does it go, how long will it last, what is the reaction of the other sailors etc.

the overall intention of all this is to collect as much information as possible, that allows us a potential (and likely) voting on general intruduction of laminated sails into the class in the far, but not so far future (i expect something between 2 or 4 years).

Christian Hartmann
Chairman of the TC of OKDIA